Oxygen as a cure

Home » Blog » Oxygen as a cure 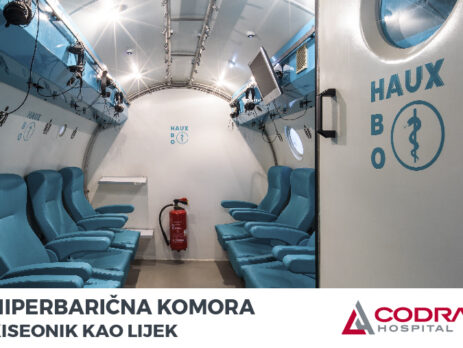 Besides being imperative for all living organisms, oxygen can also be applied as a cure. Only 3-4 minutes without oxygen is enough to induce permanent brain tissue damage.

For some diseases HBOT is the drug of choice and more frequently it is applied in healthy people with a view to prevent illnesses and enhance the general psycho physical condition. Having in mind all of the aforementioned there is almost no field of medicine in which HBO is not applicable.

The air that we breathe contains 21% of oxygen. During breathing, oxygen diffuses into the bloodstream, binds to hemoglobin in erythrocytes, and transports it through the blood. Hemoglobin saturation is 97% and additionally there is room for an increase of a total of 3%. However, HBO principle of action is based on laws of physics which enable the dissolution of a larger amount of oxygen in plasma and transport the oxygen to the cells in such manner.  By increasing the ambient pressure in the hyperbaric chamber and by inhaling 100%molecular oxygen, the inhaled gas(oxygen) dissolves in the blood plasma and the partial oxygen pressure increases.  . In this way, up to 20 times more oxygen is dissolved in blood, which enables its transport and correction of hypoxia, not depending on erythrocytes.

By applying the HBO therapy, the body is provided with the abundance of oxygen that tissues and cells need for their normal functioning and for correcting hypoxia as the basis of numerous diseases.

So far, science has not been able to find a drug or a tool that will increase the amount of available oxygen in the blood. The only currently known method is the application of oxygen itself, and the most effective method of application is HBOT. 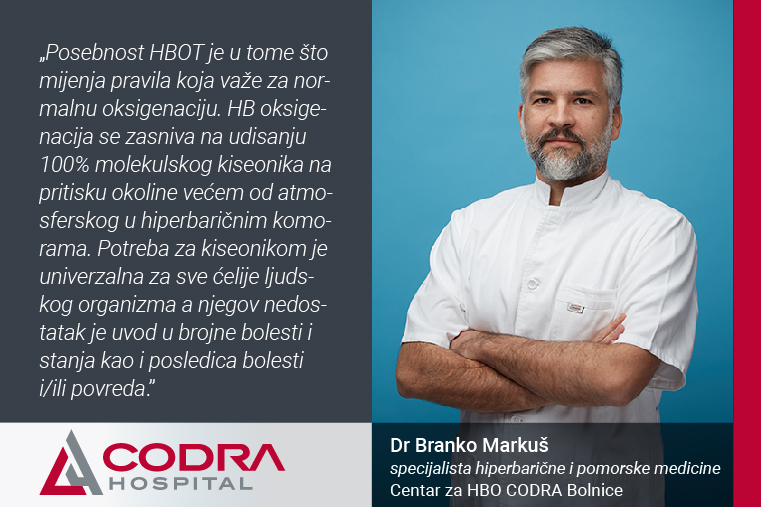 There are numerous therapeutic effects of HBO therapy, and some of them are: